The best tours On Mount Etna 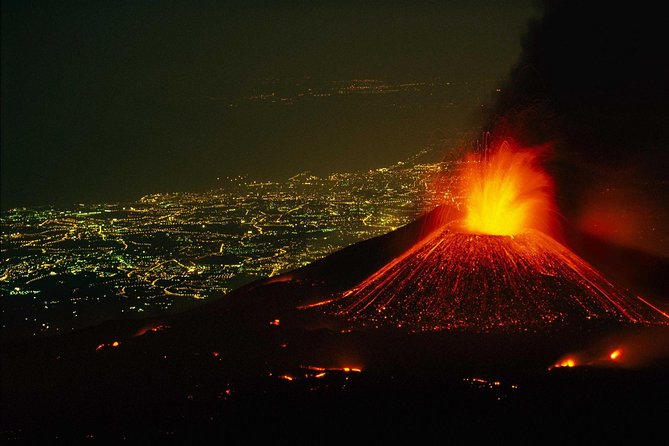 Volcanoes have been fascinating human beings for thousands of years; some of the most iconic destructive events in our planet’s history are connected to some massive Eruptions, like that of the Krakatoa in Indonesia in 1883, killing 36000 people and the one of Mount Vesuvio in Italy in 79 a.c. But not all volcanoes are killers. Some volcanoes, due to their magma’s chemical composition, do not pose a threat to humans. On the island of Sicily in the Mediterranean sea, there is the huge Mount Etna, one of the most active volcanoes on the planet and one of the safest. This volcano rises from the depth of the ocean to an altitude of over 3300 meters. The last eruption was on the night of January 19th, 2021. Until the beginning of the XX century, Etna was exploited for the thick resin produced by the Pines and the production of ice stored inside big volcanic caves. That was all. The relation between the volcano and Sicilians was purely a “working” one. But in the fifties, a new generation of travelers from northern Europe started to go walking and skiing along the volcano’s trails and asked local people to take them to the Summit to visit the active craters. The tourism industry was born, and since then, there has been a steady increase in the demand for tours to explore the wonderful trails of Mount Etna and enjoy some of Italy’s best landscapes and views. Nowadays, the Tours and excursions available on Mount Etna are countless, and honestly, some are ridiculous and useless. So let us check my top five Etna tours.

1. Hike to the Summit

This tour is long though and not ideal for everybody but be sure that anybody wants to hike the ten kilometers to the active craters. In the old days, the walk would last two days, but today, thanks to the Cable car and the massive Unimong Jeep, Mount Etna’s summit can be “conqured” in five hours, eve though the full tour last eight hours. Tour of Mount etna goes all the way to the active craters, it crosses some alien landscape, and the view from the top is one of the best you will see during a holiday in Sicily.

Discovering the flanks of the volcano riding an e-Bike is easy comfortable and will allow you to reach Mount Etna’s west side, hardly visited by tourists. This 42 kilometers long tour starts on the south side of mount etna at an altitude of 2000 meters and follows the scenic “Altomontana” trail all the way to the north side. Along this Mountain bike excursion, local tour operators stop to explore some caves and to climb some ancient craters. The are many more available Cycling tours on Mount Etna. The one that starts on the north side and goes to the Alcantara gorge is ideal for families or those who are unwilling to cycle long distances.

3. Etna and the Alcantara gorges

Even though this trekking tour does not go to the summit, it deserves the number three spot for the beautiful hike that crosses a white birch forest and goes to the summit of some craters enlisted UNESCO world heritage. The view from the top of the craters to the glittering mediterranean sea and the Alcantara Valley mountain villages is truly wonderful. This Mount Etna full-day tour in the afternoon goes to the Alcantara Gorge, a majestic volcanic canyon funneled by a river. Some people choose the half-day tour on mount Etna and in the afternoon, they explore the deep part of the Alcantara gorge with a body rafting tour.

Riding a horse crossing stretches of woodland, old lava flows, and craters have become more popular every year. The three hours excursion starting from on the north side from the Chalet “Clan dei ragazzi” crosses a thick pine forest immersed in Mount Etna’s wild nature and goes to an altitude of 3000 meters at the feet of the northeast crater. Some companies cover on foot the last three kilometers to the summit of the volcano.

One of the benefits of the frequent explosions of Mount Etna spewing ashes is the super fertile soils on the volcano’s flanks. For thousands of years, this part of Sicily has produced excellent wines. In the last ten years, the tour coupling up light trekking and a winery visit have become one of the most chosen tours by tourists. The standard tour includes a terrific short walk through the forest, a full lunch, and five wines tasting. In the afternoon, some company takes their guests to chill out by the Alcantara Gorge’s river banks.

Serenity at the Beaches of West Coast

Perhaps a rock was tossed against your Toronto home’s living room window. Or your dog…

Tips To Build Better Relationships in Your Life